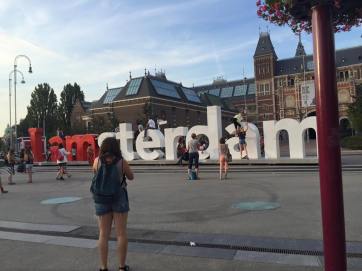 Did I ever mention that I love to travel?  Europe – all of it, is my particular favourite.  Sure I’ve been to a lot of other places, but there is something about this little continent that keeps bringing me back for more.  Travel for me is pretty stress free (except flying) and lengthy airport stays – a very good thing according to Dr. Oz.  Jet lag, on the other hand, can be really unbearable.  Part of the issue was that they 6 of us took a 5:30PM flight, not a true overnight flight, and we got into this beautiful city at 6am Dutch time – a recipe for my worst jet lag nightmare otherwise known as #firstworldproblems.  There wasn’t much that I could do other than stumble through the day, but me and my 5 other travel companions still managed to squeeze in a lot!

Before I get into all of the great things there are to do, I have to confess, I’ve been to Amsterdam before, in my 20’s.  I saw a lot then and that meant I could skip the Red Light District (I didn’t find staring a poor prostitutes fun, even then), the “Cafe’s”, the Rijks Museum and a few other highlights and concentrate on what I wanted to do.  Here is a list of what I did if you only have a full day and a half like I did:

I hope you like my day and a half guide to Amsterdam – and I’m not boring, really – I did all of the fun stuff before…in my twenties when it was appropriate!  Check out some photos below for your viewing pleasure. 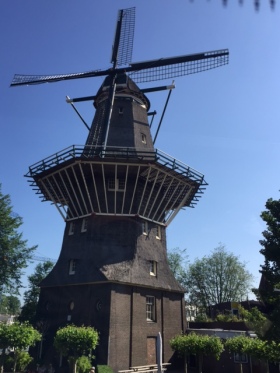 What would The Netherlands be without a Windmill? 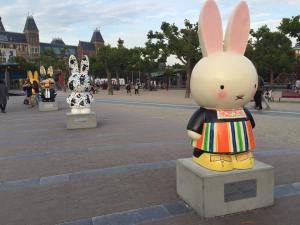 The Bunny Statues in Museum Quarter 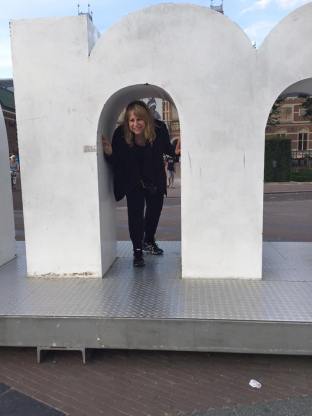 Wishing that I wasn’t jet-lagged, and that there was a J in the Amsterdam sign. 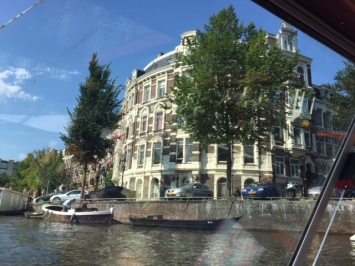 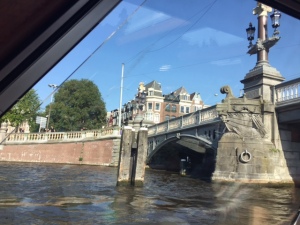 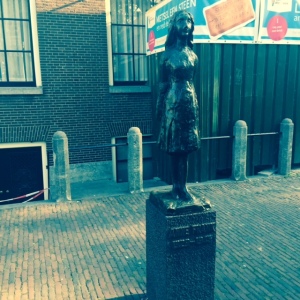 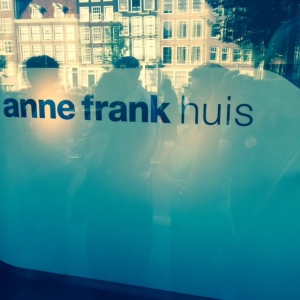 You can’t take pictures inside, so get a picture of the sign! 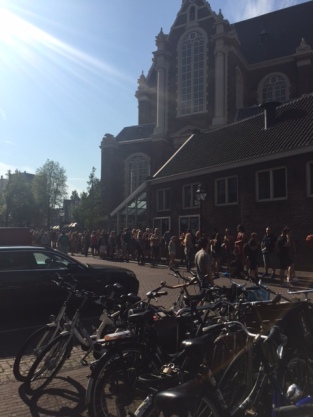 The line up at Anne Frank House at 9:30 in the morning! 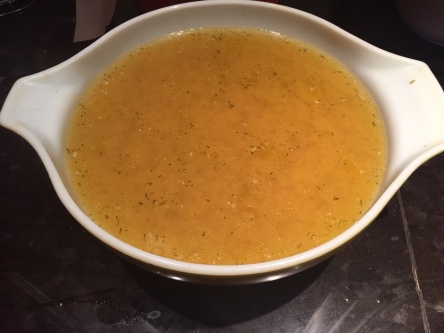 I made this and so can you.

Yesterday, for the first time ever, I made chicken soup.  My mother sat in the kitchen and told me what to do, because like most women of a certain generation, they just know instinctively how to cook.  They aren’t like me who goes into a tail spin if I lose the recipe.  Chicken soup isn’t just a Dr. Oz approved cure for all colds and flus, although he, like many doctors extolls the virtues of Jewish penicillin, it is my all time favourite food.  My Bubbie made the best chicken soup, followed by my mother.  My grandmother’s special ingredient?  Love of course.

I’m here to help my readers, so I’m going to share the secret recipe to the world’s best soup, but unlike most sites, this is for people exactly like me that have never made it before and who need more guidance than professional cooks require.  Just a warning, I only tried one spoon of the soup that I made, so I can’t tell you if it’s great or not, but I’ll keep trying until it’s the third best chicken soup around.  Nothing can top the chicken soup professionals (Bubbie and my mother).

-2 packages of chicken bones (yes, that means that you may have to head to the butchers or try the kosher meat section of the grocery store – that’s where we picked them up)

-Mirepoix – just a fancy way of saying one onion, 3 stalks of celery and either 3 cooking carrots or 1/3 of a package of baby carrots but doesn’t it sound nice?

-Your biggest pot – I don’t understand quarts – I’m Canadian, but it should be big

Step 1 – Get ready to toss your cookies, because you have to take those UGLY looking bones out of the package and plop them into the pot.  Don’t worry – there is plenty of meat on them to make a great broth. I recommend using a knife to cut the packages open so that your fingers don’t have to come anywhere near those bad boys.  Plop the two packages of bones in as quickly as possible.  Trust me – it’s gross so you’ll want to get it over with quickly.  I looked and I shouldn’t have.

Step 2 – Go to the sink, turn on the water and fill the pot up enough to cover the gross bones up really well.  Put the pot on the stove on high until it comes to a boil.
Step 3 – Get your mirepoix ready.  Wash the celery (I bet some of you think that putting it in the boiling water is enough – it’s not).  Cut the stalks in half.  Cut the top and bottom of the onion off and peel off the skin.  That’s all you have to do – no need to chop it up.  If you use baby carrots, just take out a third of the package.  If you like manual labour, feel free to peel 2-3 big carrots.

Step 4 – THIS IS A DOOZY – THE GROSSEST PART  BY FAR!!!! Don’t say I didn’t warn you.  Once your bones have boiled, get yourself a bowl and a big spoon because the most vile, disgusting scum comes to the top of the pot.  It looks like foamy brains.  You’ll need to skim off as much of it as possible BUT, reduce the heat to low first.  I know – I know, it stinks and I almost tossed my cookies, and what’s even worse is that I believe that some people leave it in there.  I asked my mother what was in the scum – she told me to stop asking questions that I didn’t want to hear the answer to and to just keep skimming.  I did as I was told and got almost a bowlful of that putrid mess out of the pot.  I sang “Just Keep Skimming”  to Finding Nemo’s “Just Keep Swimming” to distract myself – in my inside voice of course.

Step 5 – Once you’ve finished skimming – pour in the bouillon (or plop it in if it’s a cube).  Gently place in the mirepoix that you lovingly prepped (that’s your vegetables if you weren’t paying attention).  Lay in the dill (I know it sounds a little pervy, but that’s your dirty mind).  Last but not least, put in the salt and pepper.  How much?  Do a shake, shake, shake (your booty).  That’s three shakes of each (make sure it has the top on so that you aren’t pouring either in – you want dashes.  Remember novices, you can always season to taste after, but you you’ll have to throw a potato in to absorb the salt if you over do it (I’m not sure if I’m even right about that, but correct me if I’m wrong).

Step 6 – Cover and let it cook for 2.5 hours.  Yes that’s right, you have 2.5 hours of free time to do anything that you want as long as you don’t leave the house.  I made a honey cake from scratch – that’s a whole other story.  It just confirmed what I already knew – baking sucks.

Step 7 – After the cooking time is over, there is still more grossness, but this is manageable.  Get a plastic bag and use the big spoon to get the bones out of the soup.  Toss them immediately so they don’t stink up the kitchen.  Take the vegetables out and puree them (using a hand blender or food processor), and put them back in your soup.  Wait until the soup is cool enough, then put into containers to freeze or to have later.

Step 8 – If you are going to eat the chicken soup, let it sit overnight in the refrigerator.  The fat congeals on the top (it looks like a solid white sheet) and you can skim that off.  Also very gross, and also makes me want to toss my cookies, but it you want soup that isn’t greasy, that’s the way to do it.  If you freeze it, when it defrosts, the fat will rise to the top and again, skim it off.

There you have it.  A step by step recipe – something that I thought that I would never do – ever.  The next few will be devoted to my trip, but I wanted to do this while I still remembered.