So now that I told you where to stay and how to get around, I suppose it’s time to tell you what to do in Georgia’s Peach of a City and show you just how Type A I can be.  When I planned the trip, I actually themed the days.  Yes, call me crazy, but give me access to that little World Wide Web and a smattering of an idea, and I’m going to theme it.  For Atlanta, knowing what I knew about the City and the amount of time that I would be there, I chose 3 themes – food, history/current events and the typical sight-seer.  I’ve already covered our food walking tour, now, pull up a chair, and get comfy, because you are going to learn a little more about Atlanta’s History.

Atlanta for the History Buff 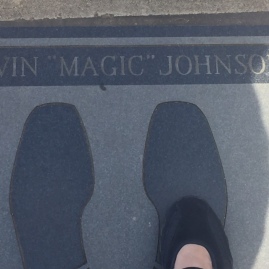 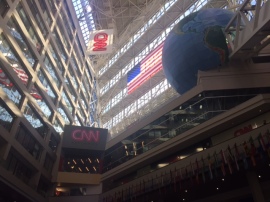 Atlanta for the history buff and media enthusiast starts in the Sweet Auburn Historic District where one of my heroes, Dr. Martin Luther King, Jr.  started out.  This was the birthplace of the Civil Rights Movement and to me, at least, a must see if you are going to be in Atlanta and have any semblance of curiosity of the events of the 1960s.  Here are the must dos:

Things to keep in mind if you are in Atlanta:

Hello and welcome to my blog. This started as a one year experiment to try to improve my health, turning to Dr. Oz for advice. One year became two and after that, the writing bug hit and writing about travel, lifestyle and my own musings became more fun so my blog evolved from The Whiz-Ard That is Dr. Oz into Jill of Some Trades. After the death of my mother, I added grief to my list of topics and this became a place for me to remember the good, but embrace the sad as well. I'll never write about any one thing - there is just so much in the world to comment on. Life is all about crying and laughing and learning, sometimes all at once and this is what I hope that my blog is for you.